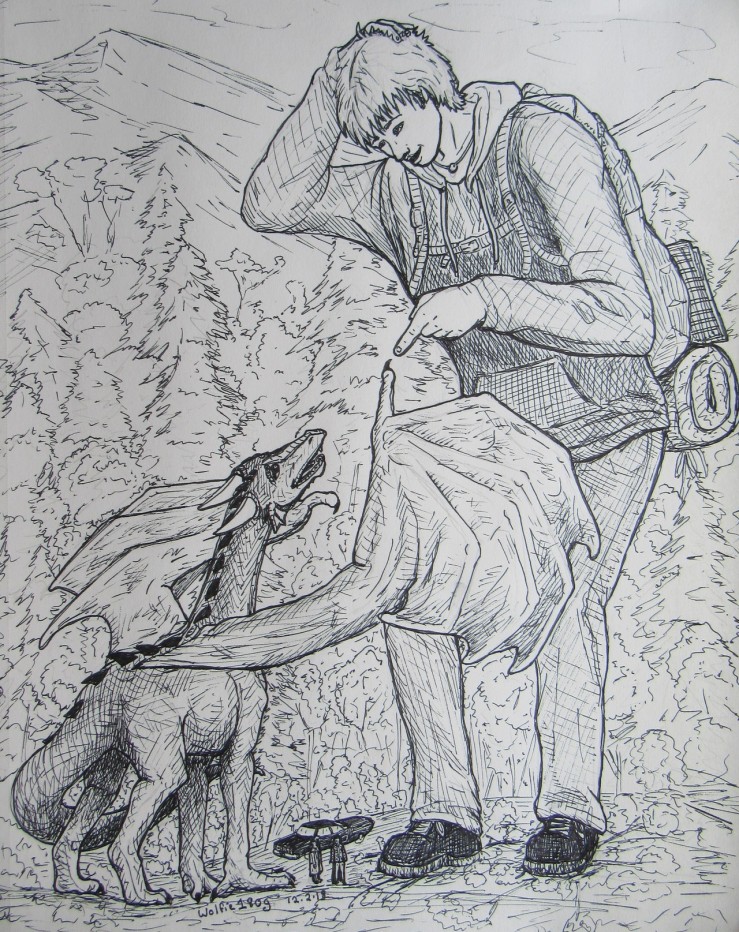 Poor Dean thought he was pretty big and strong at 51 feet tall… till
he met a 122 ft tall teenager in the woods that’s big enough to carry
him around like a pampered pet!
Good thing Jacob is pretty mellow
about meeting a mythical fire breathing beast in the woods. He’s pretty
new to the Supernatural, and he suspects that hanging out with his own
Sam and Dean he’ll see a bit more.

Dragon!Dean grows to 51 feet in his own story, my first fanfic
Dragon!Dean is still scared of heights
and Giant!Jacob is from Bigfoots A Hoax
from @neonthewrite and @nightmares06

This site uses Akismet to reduce spam. Learn how your comment data is processed.